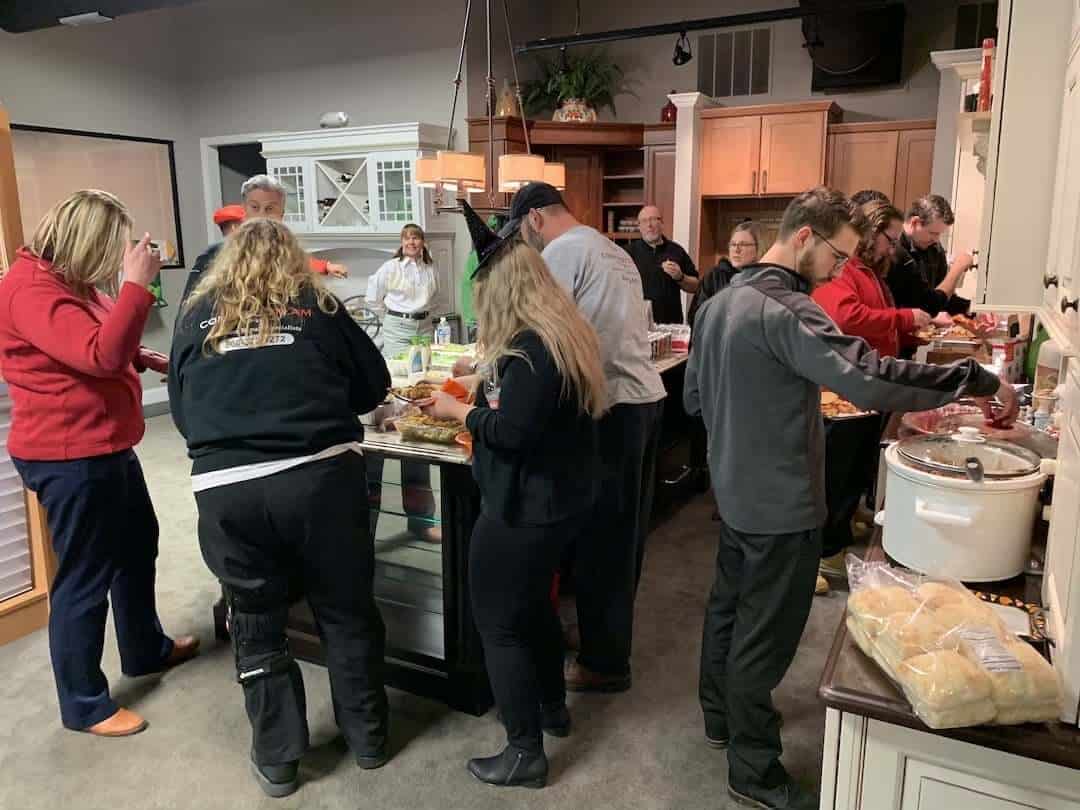 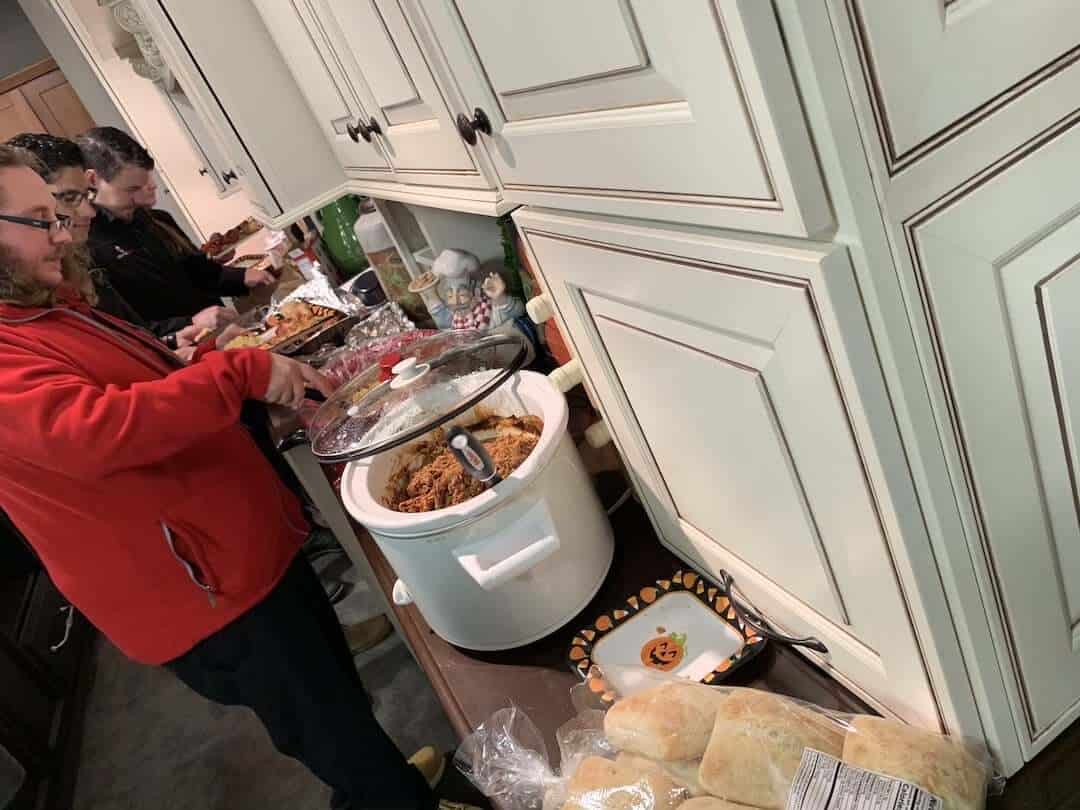 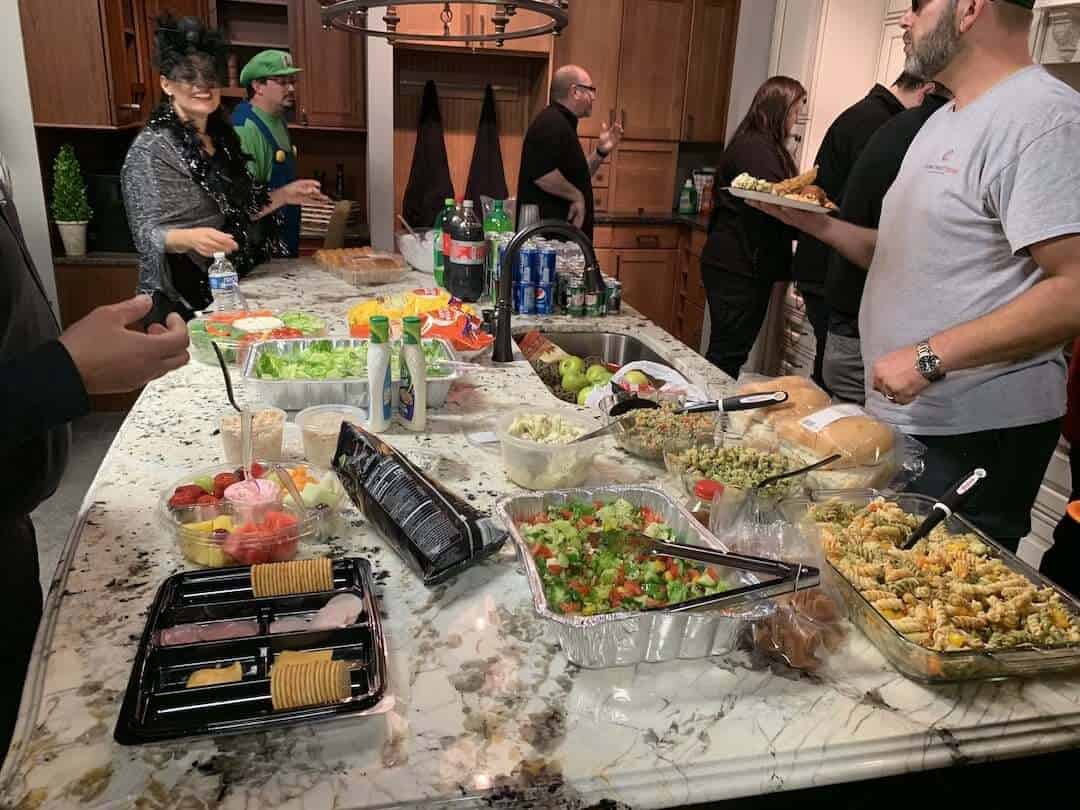 On October 31st, 2018, Constructeam celebrated it’s second Annual Halloween Company Potluck. It can be tough to get the whole team together, but for the second year running we rounded up all of our office staff, management, and field technicians for a delicious lunch in our showroom in Fraser.

The team brought in a wide spread of dishes including chicken, pizza, lasagna, bbq pulled pork, macaroni and cheese, and so much more. For desert, there were cookies, pies, and a delicious cheesecake. Everyone had a great meal, most went back for seconds, and there was leftovers galore.

Two of our carpenters joined the plumbing department, as they stole the show with their Mario and Luigi costumes! We didn’t hold a costume contest, but Joshua P and Victor D absolutely would have won. Others dressed up as a witch, a cat, and more, but Mario and Luigi were definitely the most popular.

During the potluck, we announced our October, 2018 Employee of the Month several days early since we had the entire team together. The recipient of the award was Justin Miller, our Mitigation Superintendent, for his tremendous hard work this past month in both responding to new projects and managing existing ones. He received the customary Employee of the Month certificate, trophy, and $50 gift card.

We also held a giveaway for 2x tickets to the November 1st Red Wings game vs the New Jersey Devils. The tickets were for the Rehmann club, with food, drinks, and parking included. The winner of the tickets was Tami Owens, our Contents Supervisor, but since she couldn’t make it she passed the tickets along to Ryan Forys, one of our Construction Specialists.

It was a fantastic potluck lunch this year, and the entire team had a great time. Now it’s time to start working on plans for Thanksgiving, Christmas, and our dinner at the 25th Annual Angie’s Toy Chest event on November 30th!