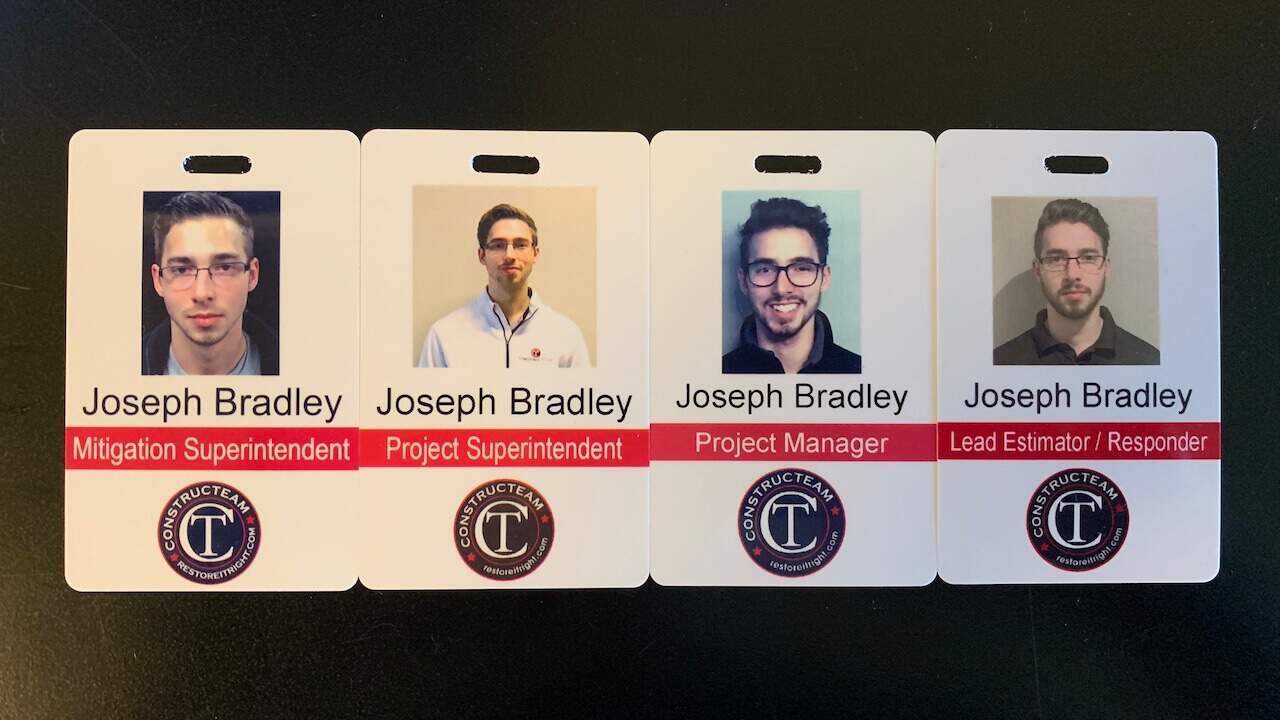 Wednesday, April 24th marks the 7th anniversary of one of Constructeam’s long time employees, Joseph “JB” Bradley. Joe started in this company at the age of 19 as a general laborer, learning new skills and gaining experience in various departments as he has risen through the ranks.

After being promoted to a Mitigation Technician, Joe continued growing in the company where he eventually became a Mitigation Superintendent. Eventually he transferred over to the Construction Division, starting out as a Project Superintendent and working his way up to a Project Manager position.

Most recently, Joe was promoted to the head of Constructeam’s recently created Estimating/Responding department, where he coordinates our in-house estimating/responding team on all new projects. Essentially, if a person’s home or business is affected by unexpected property damage, Joe or a member of his team is the first person on-site to assist and coordinate the team handling the cleanup.

Joe’s tenure at this company is only exceeded by one other employee, and with Constructeam having turned 13 years old this year, Joe has been around for over half of the company’s entire existence. Joe has been a stellar employee during his time here at Constructeam, having received our Employee of the Month award several times over.

We couldn’t be happier to have Joe on the team, and we’re looking forward to seeing how he grows and develops his new department!