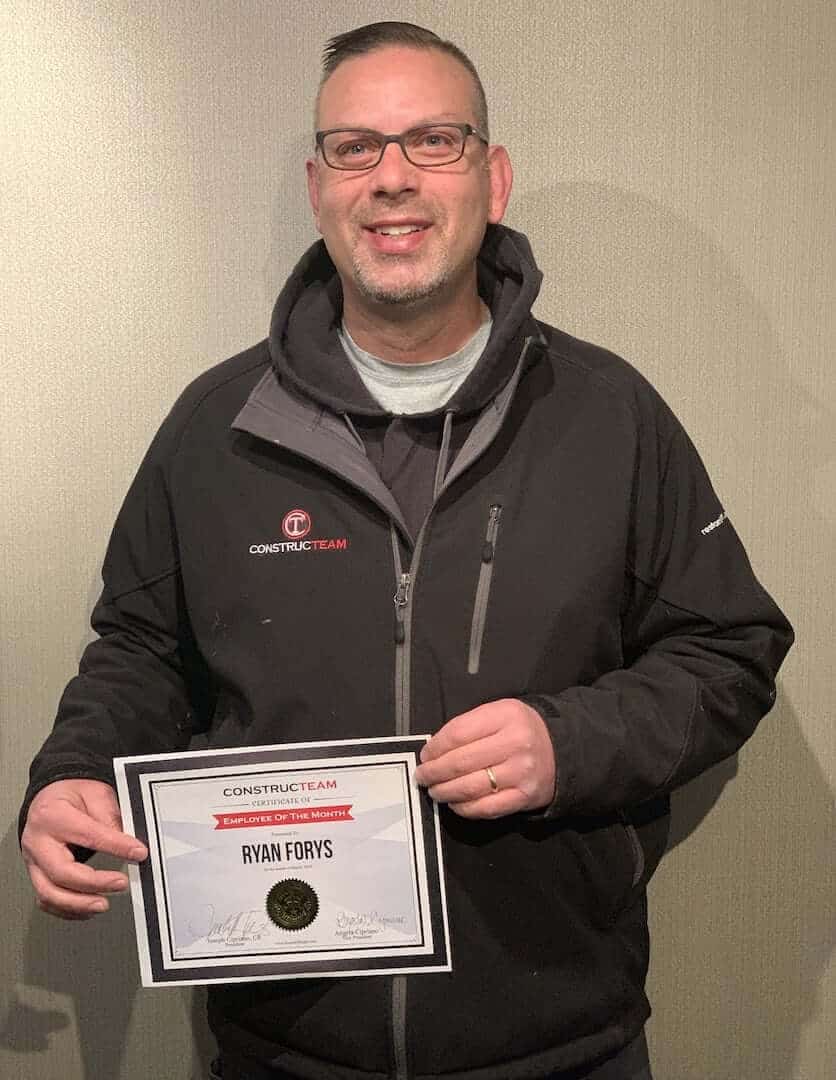 Congratulations Ryan Forys! Ryan was nominated by his fellow employees to be Constructeam’s Employee of the Month for March of 2019. Some of their nomination comments include:

Ryan has worked with Constructeam for over two years in both the mitigation and construction departments. Ryan was part of the team that would help homeowners after their home’s were damaged by water or fire, but would also work on the reconstruction aspects as well.

Most recently, Ryan was promoted to Facilities Manager last month. Ryan is now in charge of maintaining Constructeam’s offices, contents facility, and mitigation department. Ryan immediately got to work, tackling many of those “someday maybe” projects that would be really nice to do but sometimes get put on the back burner.

We couldn’t be happier with how Ryan has taken charge of his new position, and we’re looking forward to seeing how he takes on the challenge of managing our facility!